Hundred day laborers rebel against the «false account of employers» and the «ignorance» of the Employment Councilor of the Junta de Andalucía.

Huelva day laborers rebel against the «false account of employers» and the «ignorance» of the Employment Councilor of the Junta de Andalucía.

«Threatening to remove a subsidy of just 400 euros and of which you have to spend 120 on the agricultural label is a joke in bad taste, there are more and more day laborers who give up requesting it,» said several workers La Mar de Onuba.

There are farmworkers in the province of Huelva who «jierve» (boils) their blood every time they see, read or listen to businessmen or politicians affirm, displicently, that they do not want to work. «It is true that there are more and more people, especially among young people, more given to mobility, who are not willing to swallow with the demanding and generous labor and salary conditions offered by Huelva businessmen [of the red fruits] and they prefer to go to other campaigns in other provinces, where our work is respected and paid above the minimum wage ». The Huelva Field Collective Agreement sets a salary for workers of red fruits 60 cents below the SMI, set at € 42.62 (Royal Decree 1462/2018, of December 21, Article 4.1). «But the truth is that we are hundreds of workers, thousands would tell you, that we are people here, in their homes stopped or looking for work in other places because they do not call us to work,» says Antonio, a day laborer under 40 years of Bonares , to whom «the lies about the desire to work of Huelva seem like an» insult to the dignity of thousands of working families. » Antonio criticizes that the fields are already filling up with foreign workers, when those here are not going to call us until March. At that time it is when they really need so much workforce, and then there are no countries in Europe or Africa to bring as many people as necessary.

It is not difficult to verify what Antonio says. The employers’ organizations themselves, through their professional lobby Interfresa, have deployed in recent weeks a whole battery of news (press releases and articles in sectoral media) on the benefits of hiring labor brought from other countries, to the one that Huelva berry producers say they are «forced» to resort to. However, it is enough to read the offer of 10,250 jobs published by the State Public Employment Service (SEPE) on October 4, to see that in its last paragraph it specifies that interested persons should know that agricultural companies will start to make the appeals of people who meet the profile as of March 2020. Thus, Antonio describes as «huge falsehood» that the day laborers of Huelva do not want to work, and an «irresponsibility that politicians, out of ignorance or because they are accomplices, give reel to so many lies. «That they explain to me why I have to endure being insulted and that they call me lazy, while I see buses full of workers from other countries arrive every day and nobody will call me until March; being able to do that job today.

For Isa, 36, 20 in the cuts of red fruits, the discomfort is palpable. Considers that «the lie is dismantled with the own data provided by the employer.» And some of that there is: it is the red fruit entrepreneurs who claim that they generate around one hundred thousand jobs every year, and that about 40% are Spanish. «Where do those 40,000 people come from when March arrives?» Asks the day laborer. «It is we, gentlemen, we, who when you need us, do know where to find us. I put on fire… », Isa finishes, clearly annoying. According to the data provided by the Interfresa business lobby, the red fruit sector in Huelva generated in 2018 up to 91,291 Social Security affiliations. Around 42,000 (47%) were from Spanish workers. Some 22,000 (24%) of European Union countries such as Romania and Bulgaria (which do not share the euro as a common currency), and the rest, some 26,400 (29%) came from Morocco and other African countries.

“I would tell Mr. García Palacios and the Councilor to bring the cameras here, to Bonares, to Escacena, to Paterna, to any town in the County, and to say here that we don’t want to work,” says José. He is already working on a small farm in the La Cañada area. He joined on November 25, and as of yesterday they had not yet paid him anything, although they have handed him the payroll. He says that the working conditions on his farm are good, but he complains that his parents and his brother, day laborers from the same village «of a lifetime», have not yet called them any company to pick strawberries. «Many Romanians and some Moroccan women have arrived on my farm. I don’t think it’s fair”, says José.

The discomfort is palpable. They are pissed off «so much falsehood» and the «bombardment of news to get you in the head the lie that employers are forced to bring before and more outside workers because here they do not find people who want to work. My father wants to work, my mother wants to work and my brother wants to work. They will not call them until March”, laments the almonteño day laborer.

The question that can be asked then is why all these people who want to work have no job. Carmen is another historic from the Huelva countryside. She is a «fighter», and it is common for other workers to come to her when you have to «stand up to the boss.» For her, the matter is clear. «They prefer foreigners because those of us here demand what is ours,» says the day laborer, able to quote you by heart and textually every article of the Collective Agreement. «If the Agreement says that the wage is 42 euros, employers know that they have to give us 42 euros. If you have to take extra hours they are cast, but they have to be paid as the agreement says, which is with an increase of 75% of the normal time. And the kilometers. And they also know that they can’t treat us with the bad ways Romanians or Moroccans are treated in some farms. Because we get up and sing them forty. We are day laborers, yes, but we demand that our rights and our dignity be respected.

Ana, from Escacena, is 32 years old. 16 in the field. When there is no work on the farms, life is sought as it can. He has taken advantage of these years to train through face-to-face and online courses. Some weekends you earn a few euros by putting drinks in the pubs in the area. She is also known for being a vindictive worker and has had some experience as a union liaison, and claims to be aware that every time it is more difficult to be called because «in this business, claiming what is yours is being a conflicting worker.» He is worried about the other «thorns» of all this fuss. «The fact that they do not call us until March has other consequences, and that is the false idea that foreigners come to take our jobs away, and anger and differences between workers are encouraged. Look what happened in the last elections in the villages where these things happen, and the high that Vox has hit. It has a lot to do with those false ideas. But the truth is that all these people do not come to take away our work; they are brought by entrepreneurs through ETT and their own organizations. They are partners in the pit, like the others, but their needs are different; the salary, in comparison to what they earn in their countries is very high, and the change of the euro to their currencies is very beneficial». For this worker, those hired at source “support the excesses naturally, work the hours that are necessary and rarely claim labor rights that they do not have in their countries, but which also apply to them here. These excesses increase the profit account of entrepreneurs. You don’t have to go around a lot to understand this great lie that the media are ringing without coming here and looking at what is really happening. Of course we want to work, as we want salary conditions to improve, because despite what the García Palacios and others say, the salary is miserable, and this must also be said. But they don’t call us until we are really essential to attend the huge strawberry production in the spring months». 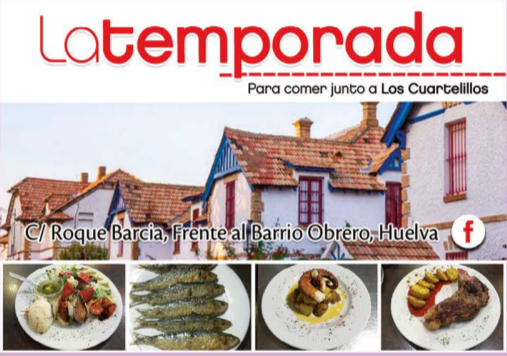 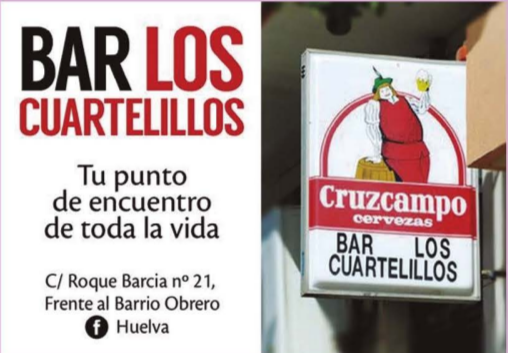